Named for the goats that used to wander the prairie under the watchful eye of the original Polish settlers in the neighborhood, Bucktown has evolved into an upscale, tree-lined residential neighborhood. Located west of the Kennedy Expressway, Bucktown is a triangular neighborhood bounded by the highway to the north and east, Western Avenue to the west, and Bloomingdale/the 606 to the south.

Bucktown began its rise to its current prominence in the 90s, when artists and musicians began moving into the neighborhood and single-family-home builders priced out of Lincoln Park began replacing many of the original workers cottages with new-builds. This process continued into the 2000s, and what was originally a less-expensive alternative has now nearly reached parity with that neighborhood.

The main entertainment and shopping hub of Bucktown is Damen Avenue north of the Six Corners intersection. High-end national chains and locally owned businesses are both represented in one of the preeminent shopping districts in Chicago.

On the west side of Bucktown, Holstein Park (AKA the Bucktown Country Club) provides a community gathering space, and its outdoor pool is bustling in the summer months.  Holstein is also the site of the Bucktown Arts Fest every summer, with local and national artists and artisans showing and selling their wares. On the south end lies the 606, an elevated park built on a former train line. It provides an opportunity to walk, bike or jog in a landscaped setting, without worrying about the traffic below.

Bucktown housing is primarily single-family homes, with new builds and older workers cottages often side-by-side. With shorter lots predominating, builders found land less expensive than Lincoln Park to the east, while the tree-lined streets and proximity to the Blue Line and the highway made the neighborhood attractive. Numerous factory buildings have been repurposed into loft buildings, and townhomes and three-flats are also well-represented.

Jonathan Burr Elementary: Serving both Wicker Park and Bucktown and located near the eastern end of the 606, Burr is known for its small class sizes.

Pulaski International: Pulaski is highly rated and sought after. I’ve even had a client work with me to select land near the school to build a dream home.

Antico:  A classic neighborhood Italian restaurant featuring handmade pasta, sausage and gelato, but the real star of this show is their lovely garden, ideal for intimate summer evening dining.

Club Lucky: The perfect place to pretend you’re in the Rat Pack, this throwback Italian spot is a Bucktown favorite. With excellent martinis and ample portions, it’s always a great time.

Irazu: Step out of Bucktown and into a Costa Rican beachtown at this casual Bucktown gem.  With a great patio and a BYOB policy, grab some empanadas and soak in the vibe on the outdoor patio.

Coast: Long-standing BYOB sushi on the Damen strip. Be sure to try the White Dragon, their signature roll.

Lottie’s: One of the original Chicago dive bars, Lottie’s is perhaps better known as Molly’s on Chicago Fire. It’s been a neighborhood fixture for more than 85 years.

Le Bouchon: Get your escargot on at this classic French bistro. Opened in 1993, Le Bouchon is one of the oldest restaurants on the Damen strip, and is still as quaint as when it first appeared on the scene.

Map Room: Explore the world in beer at this travel-themed bar. Sample one of their more-than 200 beers, while planning your next adventure with their extensive selection of travel books.

iD Chicago: While not the most obvious combination, this housewares/eyewear store makes sense, with well-curated selections of both.

The Red Balloon: Stylish kids and their parents can find everything at Red Balloon, from their signature Initial T’s to a full array of toys and games.

Bucktown businesses and residents are both well-served by established organizations representing their interests.  For businesses, the Wicker Park/Bucktown Chamber of Commerce offers services and champions their interests. Residents come together in the Bucktown Community Organization, an organization dedicated to maintaining Bucktown’s character and representing the needs of residents.

The 606, the highway, and the Blue Line all come together in Bucktown, making it ideal for transport to the Loop or out of the city. Train riders are served by two primary stops — Damen, at the intersection of Damen, North and Milwaukee, and Western, at the intersection of Western and Cortland.  The area around the recently renovated Western stop in particular has seen explosive growth in recent years, driven primarily by its proximity to the 606.

Although the namesake goats are long-gone from Bucktown, the neighborhood retains a quaint, old-world vibe, punctuated by edgier architecture and some of the best shopping and dining in the city. Buyers need to be particularly cautious, however, since much of the housing stock was built or remodeled during a building boom with widely varied quality. The help and advice of a realtor with in-depth knowledge of the area, and a keen eye for construction can be an invaluable resource. At Ask Nagel, we know Bucktown and would love to help you find the perfect place, or work with you to market your Bucktown property in order to maximize the sales price. 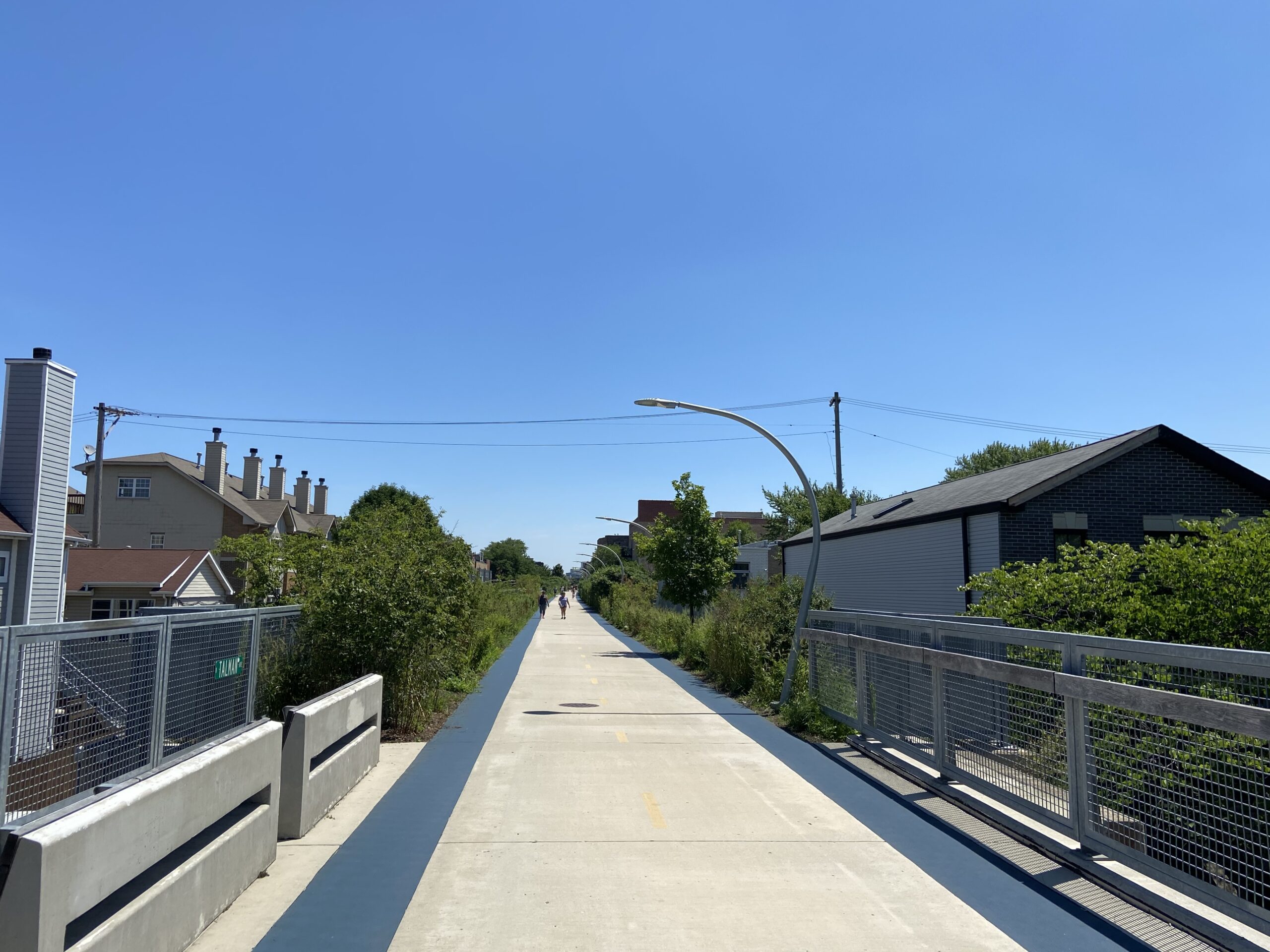