Where Do I Live? Defining Chicago’s Neighborhoods

Where Do I Live? Defining Chicago's Neighborhoods

Visitors to Chicago are getting shortchanged. While they may be blown away by Chicago’s Downtown/River North /Gold Coast/Old Town areas, it’s the rare intrepid visitor who ventures out of the traditional tourist zones. They usually never make it to Wicker Park’s Six Corners, or Lincoln Square, or Andersonville or Hyde Park, just to name a few of the many neighborhoods in Chicago. It’s a real shame as they are missing the true charm of Chicago’s real estate.

Much of Chicago’s charm comes from these multiple “cities within the city,” each with their own distinctive vibe. Numerous factors contribute to the vibe of a ‘hood. Parks like Wicker Park, Eckhart Park, Humboldt Park and Pulaski Park offer neighbors a chance to step away from the city, while schools and libraries offer both community spaces and convenient resources. Many neighborhoods in Chicago have their own easily walkable little “downtowns,” from upscale shopping on Damen in Bucktown to the array of restaurants and galleries along Chicago Avenue in Ukrainian Village. Further afield, Andersonville’s Clark St., West Loop’s Green and Randolph Streets, Roscoe Village’s eponymous Roscoe Street, and Lakeview’s Southport Corridor, among many others, offer their own individual charms, reflective of their neighborhoods.

Of course, the city and its bureaucracies also play a role in creating and maintaining the neighborhood vibe. Zoning rules are an attempt to control neighborhoods in Chicago and are one reason that the city on the east of the

highway is much denser and taller than the tree-lined streets of West Town. And, architecture can also play a role. Bucktown historically had shorter lots and smaller, older homes, so development there tended to involve tear-downs and new construction of expensive single-family homes, while the larger, primarily brick structures in the East Village were less likely to be demolished and more likely maintained as apartment or condo buildings.

Although I’ve lived here all my life, I still sometimes like to play tourist in my own city. I’ll pick a neighborhood in Chicago and explore what it has to offer. I recently did this with West Town’s Smith Park (generally west of Western Ave. and south of Chicago Ave). I spent a day playing tennis in gorgeous Smith Park, then grabbed some coffee at Dark Matter Coffee Shop, a little shopping at Komoda, and finished up with some amazing sushi at Kai Zan, regarded as one of the best sushi places in the city.

Who Defines The Borders Of Each Neighborhood?

Where does Wicker Park stop and Bucktown begin – Is it North Avenue, the 606 or Bloomingdale Trail, or Armitage Avenue? Does it matter?

Defining neighborhoods in Chicago, however, is not quite as straightforward as it may seem.  Years ago, there was a department in City Hall that had the responsibility to draw the neighborhood map, but it was closed in 1993 and the last map they published was based on a survey of just 10 people in each neighborhood in 1978!

Of course, Chicago’s official position is that neighborhoods are not relevant in governing, a philosophy certainly borne out by the seemingly random borders of Chicago’s 50 Wards.

In greater West Town, groups like Wicker Park Committee, Bucktown Community Organization, East Village Association, Chicago Grand Neighbors Association, and Ukrainian Village Neighborhood Alliance, among others, all have charters attempting to bring some order to this chaos. These groups are composed of residents who caretake their communities, from working on zoning and development issues with their local Aldermen, to encouraging recycling, improving schools and parks, and exploring all aspects of life within their community.  Since they are the ones taking care of the community and there is a charter with boundaries, shouldn’t they decide? Of course, that assumes they agree on neighborhood boundaries, which isn’t always the case.

And there are also Chambers of Commerce that have defined neighborhood boundaries in their charter. For example, the Wicker Park Bucktown Chamber covers up to Division Street to the south, while the West Town Chamber Of Commerce picks up from there and heads south to Grand.

Of course, there are many local artists and cartographers making their own maps, sometimes with hilarious results. And businesses like Wicker Park Dental often identify themselves with neighborhood names, further defining (and sometimes extending) neighborhood boundaries.

And finally, real estate agents like myself often play fast and loose with neighborhood boundaries in order to draw more attention to their listings, sometimes even creating new neighborhoods to capitalize on nearby “hot ‘hoods” and maximize sales prices.

For example, if an agent has a listing on Rockwell north of North Ave, they may list it as “West Bucktown,” as opposed to Humboldt Park.  While some would say they are stretching neighborhood boundaries, North Ave is enough of a four-lane major street to create a natural boundary, and neighbors in the area have formed the West Bucktown Neighborhood Association, so there is a back-up for that neighborhood.  Similarly, Rockwell south of Augusta Blvd. is usually referred to as Smith Park.

I remember when Ask Nagel Realty first published our West Town Micro Neighborhood Map. We got tons of emails phone calls from people voicing their opinions that I skipped their area or a boundary should be changed.  I even tried my hand at defining a new neighborhood, adding “Googleville” west of the West Loop.  Sadly, the name has not taken off as much as I hoped, although the neighborhood – Fulton Market – has done just fine.

But what got the most impact was the boundary between Wicker Park and Bucktown, generating more than 700 comments on our local Facebook pages!

Some people feel that Wicker Park stops at North Avenue/Six Corners at 1600 North, others feel it’s the Bloomingdale Trail/606 at 1800 North, while others feel it’s Armitage Avenue at 2000 North.  And many of those people have STRONG opinions on the matter.

I personally feel that Wicker Park’s north boundary is the 606, as the old train line creates a natural boundary. Many people raised interesting historical migration arguments that support this, and it seems like a good compromise for an issue that could lead to mass civil unrest between two great West Town neighborhoods. As an added bonus, it allows both Wicker Park and Bucktown to claim the 606 – one of Chicago’s great neighborhood amenities – as their own.

Why Do I Care Which Neighborhood I Live In?

Do I Live In The Ukrainian Village Or East Village?

If you think people get excited about national politics, that’s nothing compared to how intense it can get around issues closer to people’s homes. I learned this first hand in my two terms as President of the East Village Association.  After a few overly contentious meetings, I had to propose creating civility rules and appoint a “Sergeant At Arms” to get people to not scream at each other and discuss things calmly. That said, even as arguments raged, I knew that everyone in the room cared about the neighborhood.  Just as in borders, they didn’t all share the same visions or the same ideas of the best way to achieve their neighborhood goals, but they all cared deeply about the future of their chosen home and its environs.

Sometimes you get to see the results of these sometimes heated battles. Division Street, the border between Ukrainian/East Village and Wicker Park is widely known as one of the more scenic shopping and restaurant districts in the city, looks the way it does largely because community groups worked to establish a Pedestrian Zone on the street, ensuring that the sidewalks are protected from driveways and that the stores lining the streets maintain welcoming street-level windows. Between the wide sidewalks and this designation, it’s probably the best street for outdoor dining in the city. I’m proud to say that as East Village Association president, I was able to get that designation extended east beyond Marshfield down to the Polish Triangle, which ensures that any future development will add to the charm of the neighborhood.

What It All Means

The short answer is WHO WE ARE is partly defined by WHAT NEIGHBORHOOD WE LIVE IN. This permeates through our culture from Romeo and Juliet, to West Side Story, who’s male protagonist was from “the wrong side of tracks” — not unlike the tracks that form a natural boundary between Wicker Park and Bucktown, although I don’t think either side of the 606 is “wrong.”

Sometimes it’s a nostalgic emotional connection to a neighborhood name they grew up with. Maybe that area was not as nice when they grew up there, and there is a sense of pride that they survived or even got out of the area. Or maybe it’s a sense of community tied to the name, and a loyalty to it as they still live there.

Many neighborhoods in Chicago were defined by religious groups or certain ethnic groups that migrated into an area, so the emotional connection people have for their religion and ethnic heritage is conflated with the neighborhood name. And even these affiliations can shift over time. Humboldt Park was originally a predominantly German,

As in most in life, the one constant is change. Neighborhoods in Chicago are constantly evolving as new buildings are erected, new businesses open and, most importantly, new people move in and call them home. Debates will continue over whether this process is positive or negative, as well as the best ways to ensure that long-term residents are not collateral damage to these changes. From a real estate and personal perspective, however, I tell my clients to get involved in the discussion. While you may love where you live now, you also have a right (and, I’d argue, a responsibility) to ensure that you have a voice in the future of your neighborhood. Border arguments will never be settled and Realtors may coin a new term for a specific area, but ultimately, that’s just noise. If you love your house and your neighbors, your neighborhood is home, whatever it might be called. 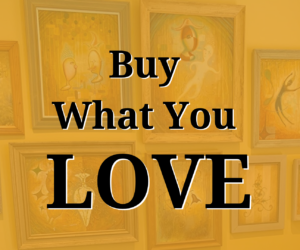 Buy What You Love!

Choosing art for your home can be an adventure and an intimidating experience. Your home says a lot about...
By Tom Tomek 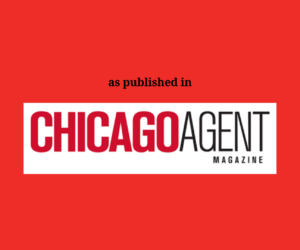 Don’t Puke On My Buyers

Talking too much can have unintended consequences. Sometimes it is better to do more listening to buyers --...
By Greg Nagel 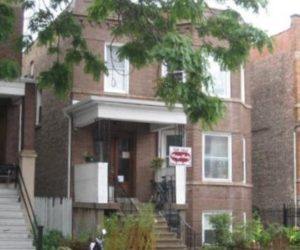 Seasoned realtors can help you discover the hidden golden eggs in a property. A trained eye can identify the...
By Greg Nagel 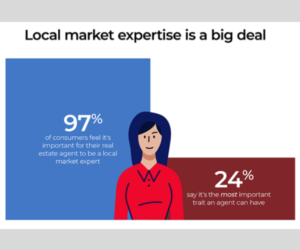 Why Does Local Market Expertise Matter? 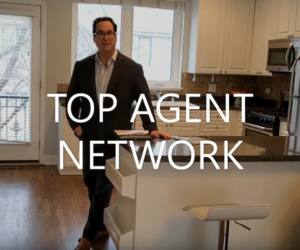 Top Agent Network (TAN) is an off-market tool that only the top 1% of agents can utilize. Unlike other...
By Greg Nagel 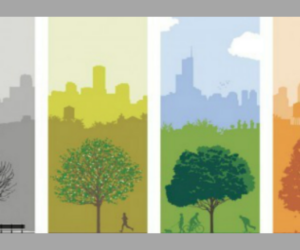 When Is The Best Time To List My Home In West Town?

We've all heard that "spring" is the optimum time to sell a home. "Well, what about 'fall'?" There...
By Greg Nagel

Stalking Is Not Acceptable, Except…

Patience and flexibility can help land your dream home. An expert realtor can advise you on neighborhood targeting, budget,...
By Greg Nagel 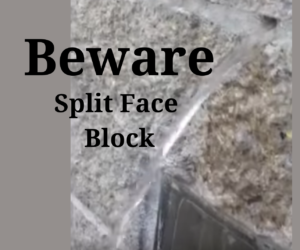 During the 90s and 2000s, Chicago experienced an unprecedented condo boom. Split face block was heavily used and it...
By Greg Nagel 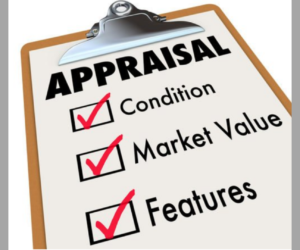 To Maximize Sales Price, Your Property Has To Appraise 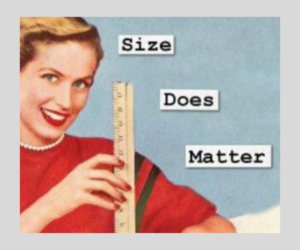 SIZE MATTERS… And When It Comes To Real Estate…

In Chicago, our standard lot size is 25 feet wide by 125 feet deep, so the length is literally...
By Greg Nagel